Bonjour mes amis, from the world-famous Madonna Inn in San Luis Obispo, California!  I am essentially writing you from a cave right now… but more about that in my next post.  This entry is all about the gorgeous, sunny day I spent in Santa Barbara.  In all of my previous trips up the coast, I have skipped Santa Barbara for no particular reason.  I’m usually set on getting a little bit more north than that, so there was never a reason to stop.  This time though, I made a point of it.  Conclusions:  Santa Barbara is like a tiny San Diego!  Naturally, I loved it.  They have a zoo, a mission, lots of beaches, lots of sun.  The topography is a little different and it’s considerably smaller, but I think it’s safe to say that the two cities have much in common.

On a personal note, I’m getting more into the swing of things travel-wise.  As I touched on in my last post, I have been feeling a certain amount of (self-imposed) pressure to do certain kinds of activities, or have a really great forward-facing time – you know, because the social media perception of life is the most important thing of all (not).  After today, I’m feeling a lot more trusting of myself to choose what I do and do not want to do.  If I’m taking a whole week off of work and spending all this money, I better damn well do what I want!  If it’s not the most aesthetically pleasing or impressive, it’s not the end of the world.  The important thing is that I enjoy myself, and I certainly did today.

I had a fleeting idea about a short essay during my drunken beach stroll… I took a few notes but I wish I’d just sat down right then and written it out.  Something about the essence of traveling – why some people feel a basic need to travel, to see new things all the time, to keep moving… I had a realization about a year back that the reason I crave travel and constant movement is that it’s essentially a desperate attempt to run away from old age, from death.  If one makes everything very fast, right now, perhaps time will slow, or better yet, reverse.  If one chases those coveted, fleeting feelings of yesteryear, maybe time will turn and go in a calmer direction… maybe it would bend to one’s liking and allow just a few more years of peace and tranquility.   You run and you run and eventually you realize that cheating death is impossible, so what is there left to do?  There is only the present moment ever, always.  Be present.  Be alive.  Be here now.

Wildflowers outside my motel

Delicious breakfast – egg whites with corn, peas, asparagus and goat cheese (this was just before I doused it in Cholula) 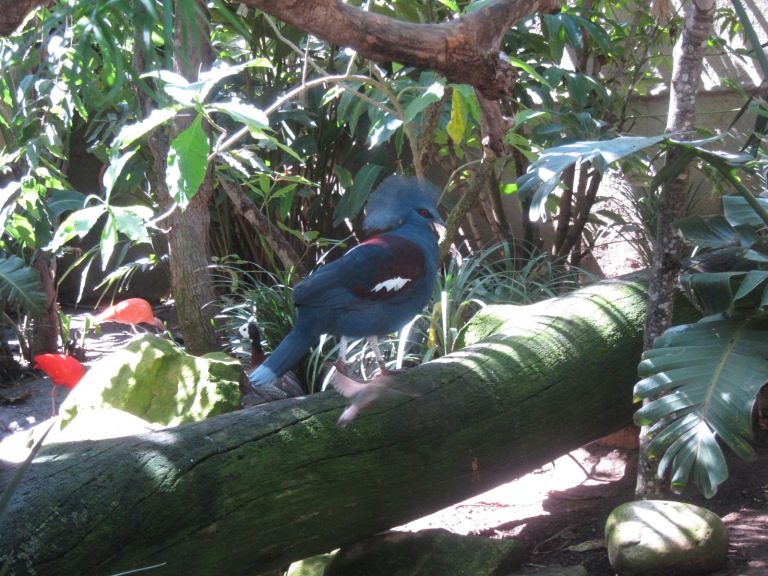 Obviously I had to check this part of the zoo out! 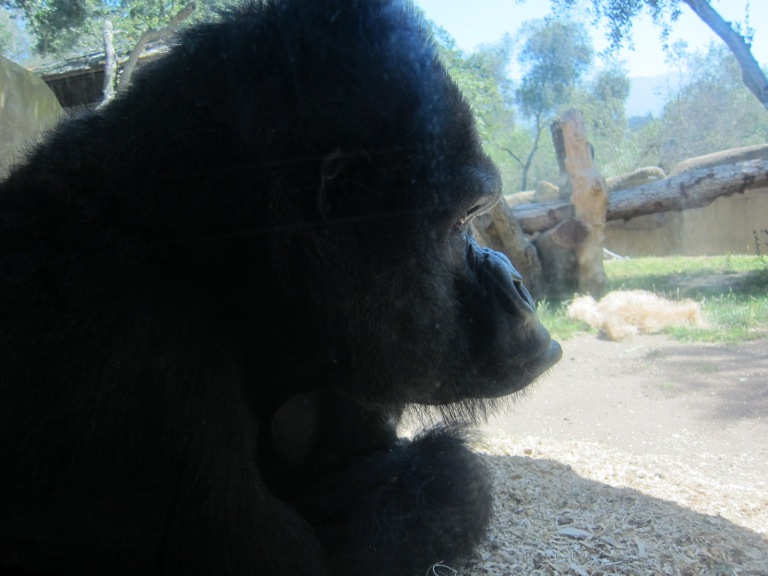 Hung out with this dude for a long time.  He was thinking about life, I think. 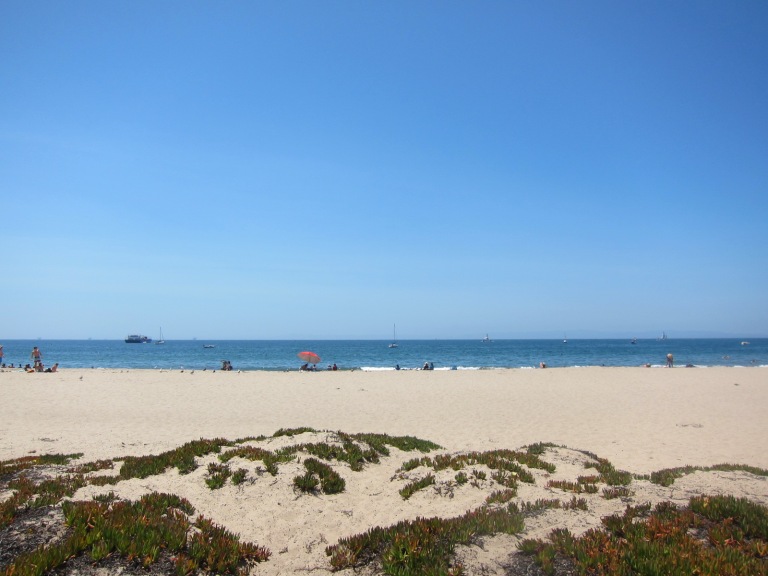 The water was actually sparkling 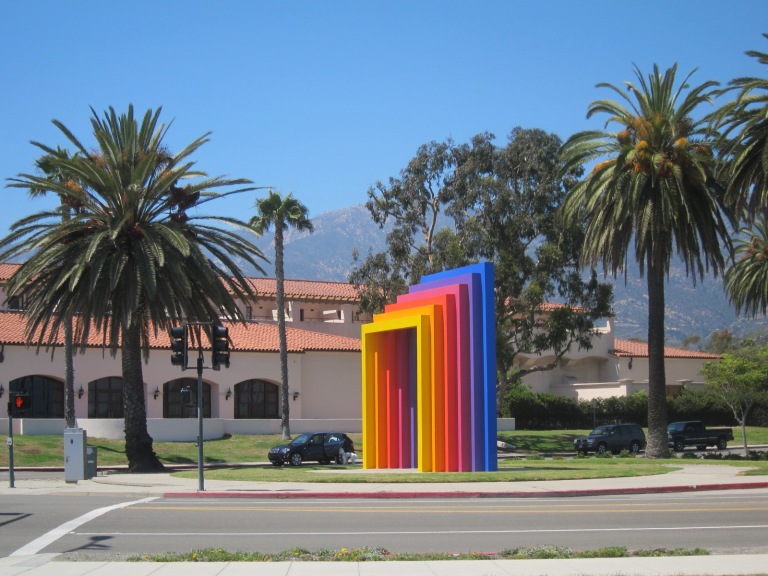 Neat public art near the shore